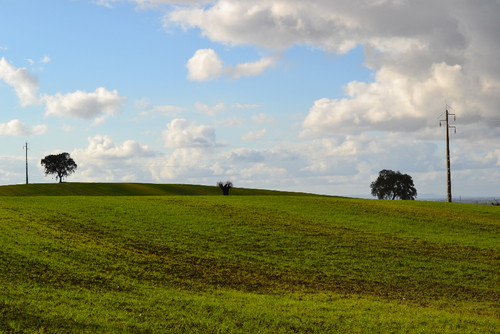 "Great Leaps in the Dark

“Alentejo represents 33 percent of our country’s land but only 7 percent of its population,” says Marta Cabral, head of a nonprofit nature tourism network in Portugal. “The new generation is committed to preserving the region as it is, sustainably developed and real.”

Lying right below the country’s heart, Alentejo has served as Portugal’s breadbasket and seduces with its slow pace, a sense of modern times in half step. Look no further than the recently opened museum in the village of Belver, devoted to the tradition of artisanal soapmaking. Or the newly launched Marble Route, which takes visitors into quarries and underground galleries, celebrating the prized local material. Also now taking reservations: Évora’s Ecorkhotel, coated in that Alentejo staple, cork.

And then look up, at the night skies. Above Lake Alqueva, the heavens remain unmarred by light pollution, prompting the UNESCO-supported Starlight Foundation to designate Alqueva the world’s first Starlight Tourism Destination.—Anja Mutić"